Here’s my latest podcast on The Intelligent Investing Podcast with Eric Schleien where we discuss Tik Tok among other things (Apple and Microsoft etc…). I tried Tik Tok in August just to get a better understanding of the app and it’s phenomena. I was really impressed with the quality of the app and AI recommendations. I have since deleted the app because the content is not appealing to me. But I understand how sticky it is and how losing an hour of your life feels like 5 minutes.

The podcast was recorded a couple weeks ago. A lot of developments has happened since. Tik Tok and Oracle now have a deal in place and it’s not clear if the government will approve it. The matter will be played out after the elections. A judge ruled Tik Tok won’t be blocked in the US, for now.

You can listen to it here:

If you prefer video:

I made these two videos over the weekend that I shared over social media. Basically the message is if we stay inside for the next little while, we can defeat this virus, or at least slow it down. We can still have a handle on the situation. Staying inside is the best weapon we have right now. If it free up our ICUs, our resources, staff and equipment for the people that needs it the most. We have to get the best chances on our side.

John Hempton, CIO of Bronte Capital, has a very interesting interview on Real Vision. He talks about Tesla, red flags and Japanese businesses. I also strongly suggest to check out his, http://brontecapital.blogspot.com/, which is always great to read.

What I like about John Hempton is the way he breaks down businesses and complex situations. I don’t agree with everything he says but his insights are welcome. He thinks differently about markets and businesses.

It was filmed in April 2019 and published on Youtube in September. 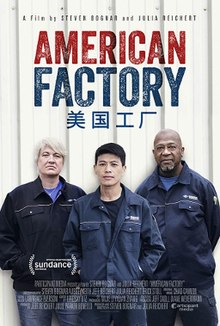 This is the Obamas’ first film produced by Netflix. This is a story about a Chinese billionaire who bought a closed GM factory in Dayton, Ohio. His plan was to turn the closed plant into the US outlet of Fuyao, his global manufacturer of automobile glass. This would involve bringing staff over from China to work side by side on the factory floor with their American counterparts, training them and creating around 2,000 jobs. Things seem to come full circle because it used to be that American companies move to China to make their products. American Factory is the first film released by Higher Ground, the Barrack and Michelle Obama’s production company, to make TV series and movies touching on such issues as race, class, democracy and civil rights.

The reopening of the plant brought optimism, hope, and a brighter future for the workers and a region that has been badly hurt by the outsourcing of jobs to cheaper countries. So far so good. Then the new reality hits home.  First it was all sunshine and frustration and anger by the end. Gone are the cushy well-paid unionized GM jobs. The $30/hr job is now $12/hr and change. Management is Chinese and they do things differently. Very differently.

The Fuayo plant has two very distinct culture under one roof. The Chinese and Americans are trying to have one vision and to be one team. But it doesn’t take long to see the clash of cultures. Both the Chinese and Americans want the same thing; a good job, a good factory, a good atmosphere, and a better future. Everybody wants the American dream. The nice home with the white fence. It’s how you achieve these goals that is the dividing issue.

The American worker is less productive than the Chinese worker. But workers’ safety and regulations are important. You just can’t dump chemicals down the sewer pipe. For the Chinese employees, productivity and hitting your numbers are priority. Everything else is secondary. Americans like their weekend and a work-life balance. The Chinese have one or two days off a month. They might not see their family for months or years. It’s really hard to conciliate their differences. There are major gaps between both culture. At first there was some American representation on management. But over time, due to lack of productivity and the inability to solve the problems, the Chinese eventually pushed the Americans out of management. The American worker had no voice and exacerbated the problems.

It’s a good documentary. It shows the two side of the story. In one instance some Americans workers got to visit a Fuyao plant in China, question of learning and putting yourself in the other person’s shoes. Having lived and worked in Asia in the past, I definitely know what they were walking into. It’s eye opening and the culture shock hits.

In one instance the documentary follows one woman who lost her job in 2008. She had nothing for four years. Loss her home and car. She found work at Fuyao, found an apartment, and got herself on her feet. She regained a feeling of independence. She was climbing back into middle class. Then it wasn’t enough. She started to flirt with the union movement and got fired. She loss everything she worked for. Despite its flaws, Fuyao was the best game in town.

Eventually labor relations is at the center. The plant workers might have a case for joining an union but I don’t think its the right path to follow.  I was in a union once and there’s a catch. I went to a union meeting to see why I was paying union dues and its pure brain wash. The people preaching that union glory stuff are real politician. They want to help but they are not helping. It’s delusional to think they will fix all the problems. Like politicians they make nice speeches and promises. The thing is that the people who want a union are often the most vulnerable. They are less educated, older, and they know their job are at risk. Get a union in and the good workers will leave for better opportunities. Worse, get a union in and the plant might closed and the workers lose everything they have been fighting for. I remember an instance where I grew up, there was an unionize plant that refused to certain demands and the plant shut down, putting hundreds of people out of work. A lot of families lost their home. It’s the cold hard truth. Relations will not get better. They need to sit down and work things out. This situation could be avoided.

It’s hard not to admire the Chinese work ethics. Work is the #1 priority. There seems to better nothing else. But eventually that will change as they got more prosperous. The Chinese people will drift over time as they get more comfortable.  In the old days, all Chinese people wanted in life is to provide enough food for their family. The new generation of Chinese are born in modernity. They want it all. Each new generation creates a new base line. Our grandparents worked way harder than we ever did for much less. That’s just how things evolve and it’s totally normal. You want your kids to have a better life than you. That’s the whole point.

Labor relation issues are one thing. But there’s a new threat on the horizon. Actually it’s already here and it’s just getting started. The age of robotization and AI is on the way. We are in the first inning. Automation means standardization,  more production, and more efficiency. It also means less workers. Automation is a global phenomenon. I don’t believe everyone will find work. It will require re-training and that’s not easy for older workers. But I’m not as pessimistic as the media portrays it. There will be new opportunities. We just don’t know what they will be. Two hundred years ago, 90% of labor worked in agriculture. Now it’s less than 2% and we produce way way way more. We have “disruption” all the time. The combustion engine/car, the phone, the computer, the Internet. Workers gets displace all the time as we progress. I received an email from friend that works in a warehouse with a bunch of job listings. A bunch of these jobs didn’t exist ten years ago. We won’t know what the jobs of tomorrow will be. Who knew you make a living being a Youtuber?

The Heilbrunn Center for Graham and Dodd Investing created a video titled ‘Legacy of Ben Graham,’ which contains bytes from some of his students, such as Warren Buffett and Irving Kahn, on how Graham’s teachings changed their lives.

In this 9 minutes video, Jeff Bezos is brilliant in his response to the question “Why Amazon Makes No Profit ?” In the video JBezos explains his business(es), shares great insights, and throws in a couple in Buffett and Graham quotes.

If you have read it, read the Amazon 1997 Shareholder letters.  Back then Bezos laid out the vision and his multi-year thinking process.

I didn’t type these notes. They were sent to me. The raw text is from CNBC.com and the personal responsible for the notes compiled them for their own reading. I though the notes were excellent and asked for permission to share.

Buffett.cnbc.com/annual-meetings is a great Buffett archived that you should check out.

Here’s the full CNBC interview with Buffett, Munger, and Gates.

Here are the videos from the CNBC Monday morning post-BRK AGM.

END_OF_DOCUMENT_TOKEN_TO_BE_REPLACED 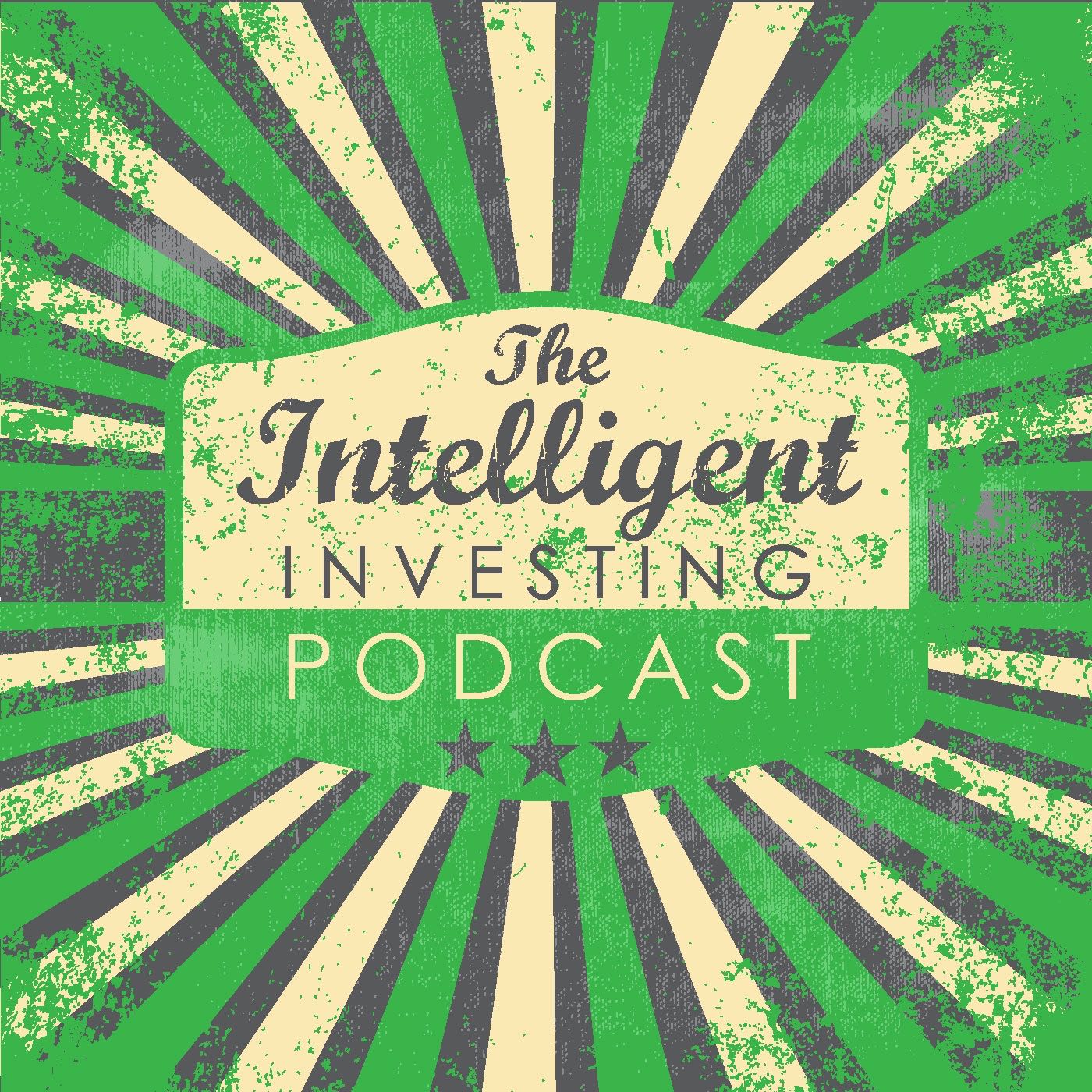 *Update: I fixed the link to the podcast.

I reviewed the Berkshire Hathaway (BRK)’s 2018 letter and listened to CNBC interview that followed. I also share my comments on The Intelligent Investing Podcast with Eric Schleien from Granite State Capital Management.  I’m currently writing a post on the topic which will be available soon.

This is one of my shorter podcast, it’s only 25 minutes long. You can listen here:

Phil Ordway from Anabalic LLC has made a great presentation on capital allocation. In everyday parlance, capital allocation is “how you use cash”. Everything involves tradeoffs based on opportunity cost and how you evaluate these tradeoffs is essential.

For those who read the excellent book The Outsiders (read it if you did not), you will enjoy Phil’s presentation. The presentation goes a beyond effective capital allocation. It address three things companies need to do that everybody would agree on.

Point #2, “good” shareholders, is interesting and definitely not talked about enough. I’m glad Phil brought it up and should be the subject of further studies. Just having the “right” shareholders can make a significant difference. Think of the effect of having Warren Buffett as a shareholder did for Graham Holdings (The Washington Post). Point #3, meaningful communications with stakeholders, is not done properly. Most companies have some kind of Investor Relation “IR” department but don’t communicate properly.

This presentation is for investors, board members, executives, and anybody that runs a company.

Here’s a bonus presentation from William Thorndike, author of The Outsiders”.